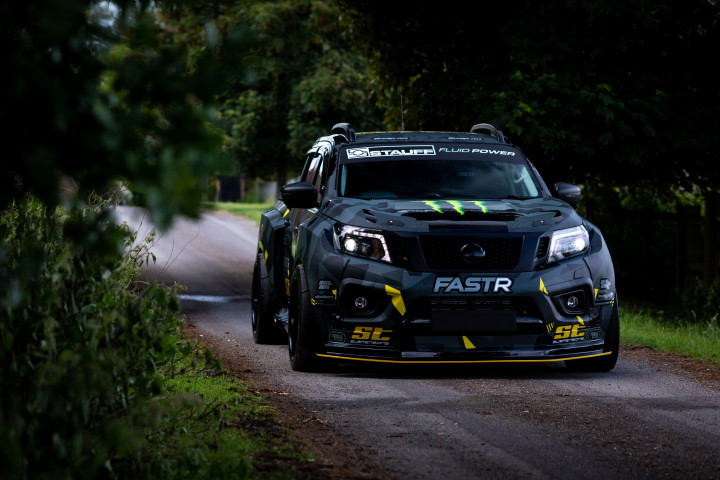 Steve “Baggsy” Biagioni has today, at the Isle of Man TT, unveiled the long-awaited sister car to his world-famous GTR drift car, and it’s a little bit different too, well…anything. You see, whilst this tyre-shredding monster wears a Nissan badge, it’s not what you’d usually think of as a sports car. Or even a car at all, come to think of it. It’s a pickup.
Yep, that’s right, Baggsy has built a Nissan Navara. Far from being the off-road monster you might expect, this is a purpose-built, stupidly powerful, full-on tarmac shredding terrorist. Built in-house at SB Motorsport, Baggsy’s own business, which specialises in building & tuning world-class race cars from scratch, the spec list is seriously impressive.
Let’s start with the engine, because, as you’d imagine, it’s far from stock. The VR38DETT, taken directly from a GTR, has been stroked to 4.1L, with an uprated valvetrain, camshafts, bearings, custom manifold, and exhaust, along with a pair of huge Garrett G30 660 turbos, amongst other things, with a Syvecs ECU managing all the important bits.
Under the skin it’s all GTR too, with a car donating its running gear and suspension setup, with world leaders Dodson supplying one of their GR6 Extreme Duty gearsets, featuring straight cut 3rd& 4th gears.
The “altered” centre of gravity necessitated a serious suspension setup, and after SB Motorsport had fabricated suspension turrets & pick up points to work with the GTR subframes, it was time for suspension supremos ST to do their thing, with a set of 4-way coilovers, complete with HLS hydraulic lift system, finding their way into position. Alcon RC6 & RC4 brakes provide ample stopping power for the massive beast.
The eagle-eyed amongst you will have noticed that this doesn’t exactly look like a stock Navara. Well, that’s because the one-off wide-body kit, produced by APH3G, came out of hundreds of hours of work by the team at Sterling Automotive, who 3D scanned the entire car and designed something that looks almost factory, in a super aggressive and not-at-all-factory way, that fits like a metaphorical glove.
And do you know the best thing about this insane creation? It’s 100% road legal, and ready to go out there and embarrass motorbikes at the hands of one of the UK’s best drifters. 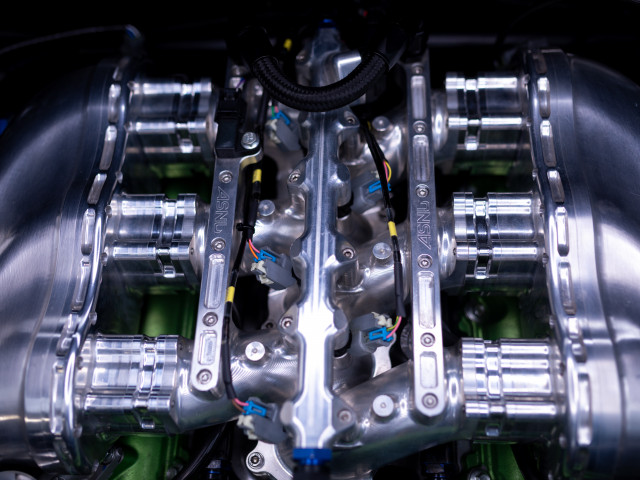 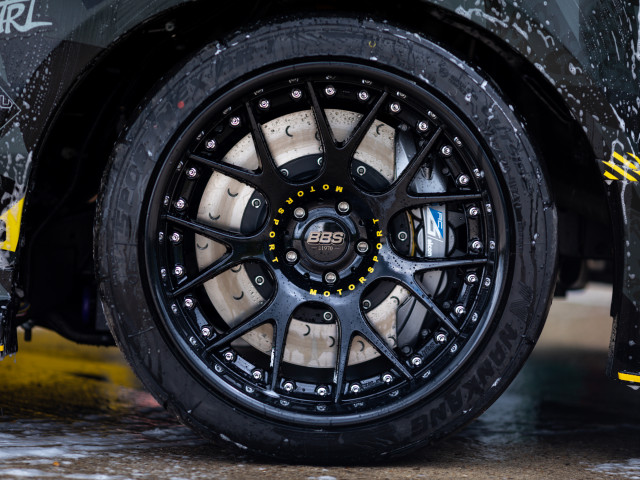 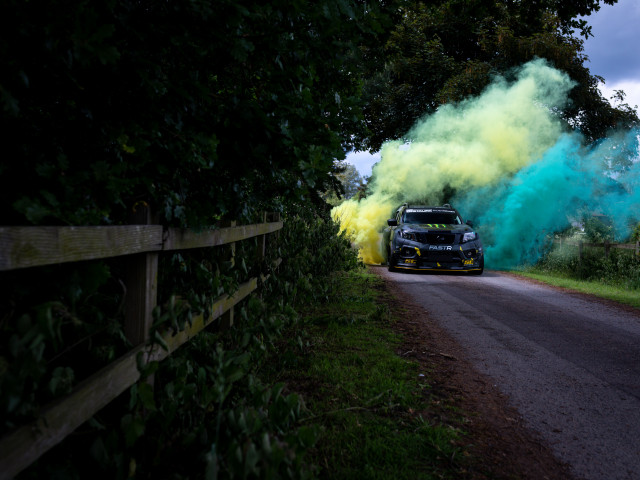 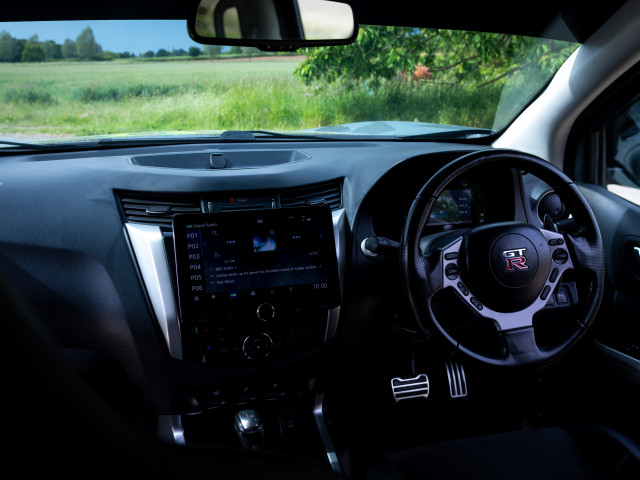 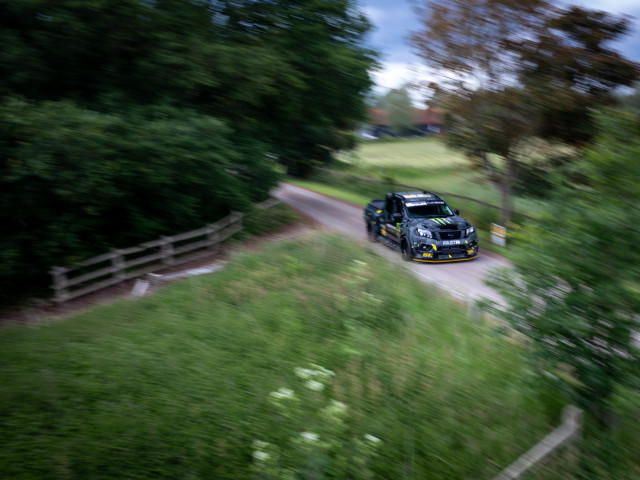 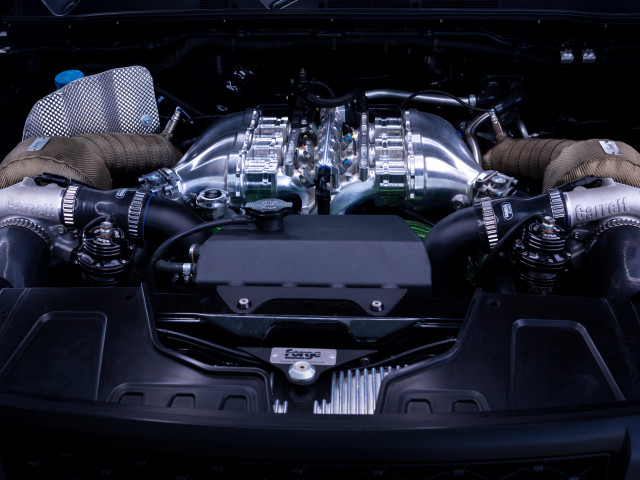 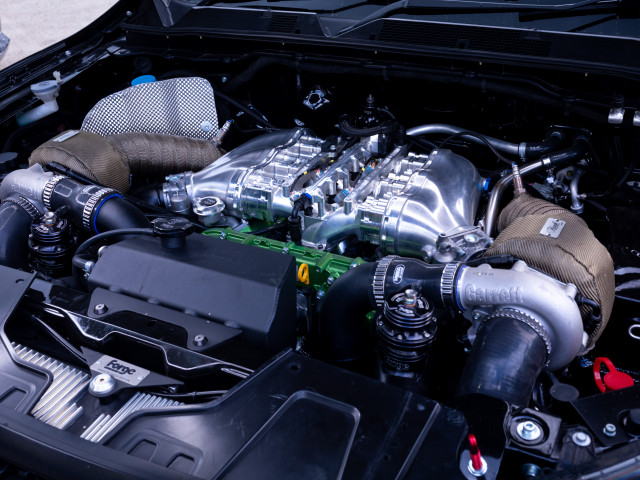 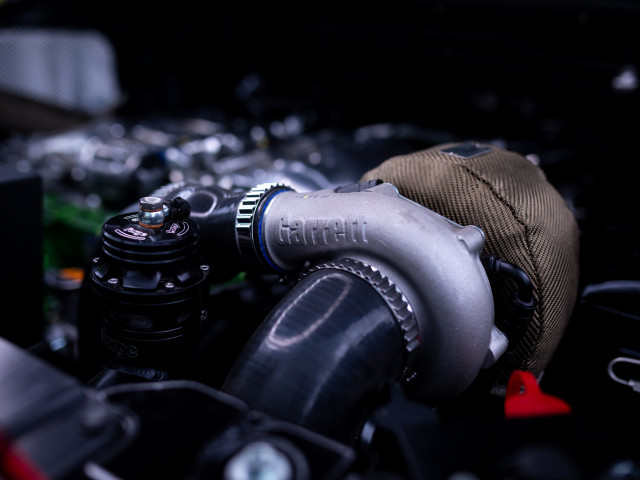 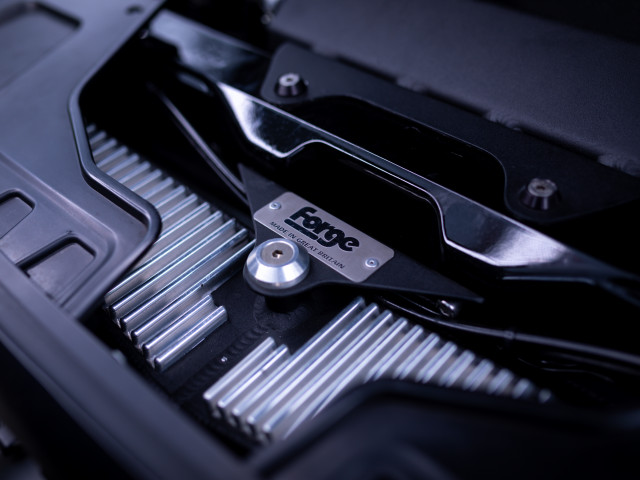 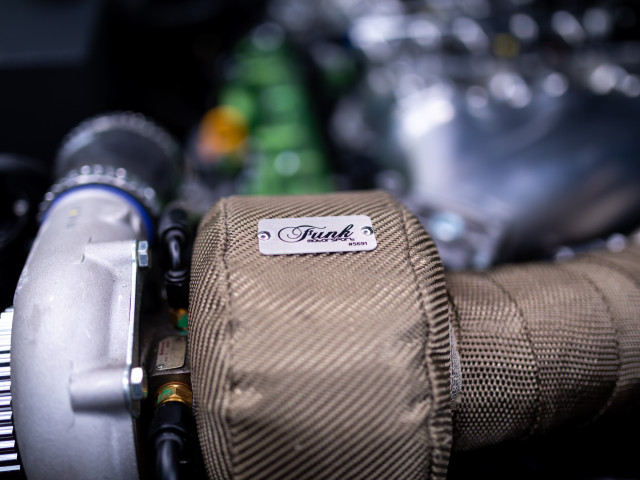 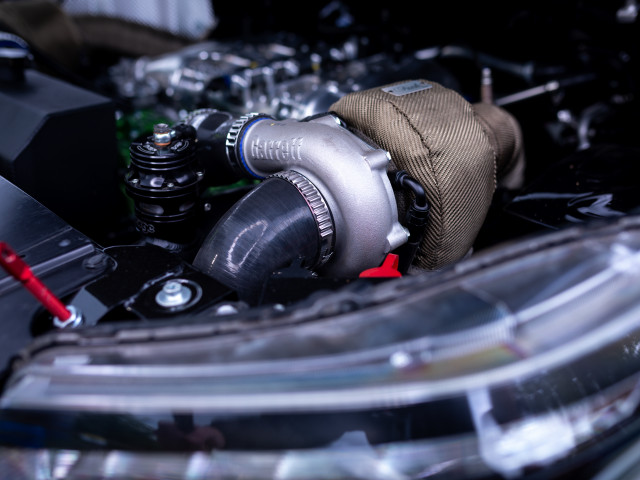 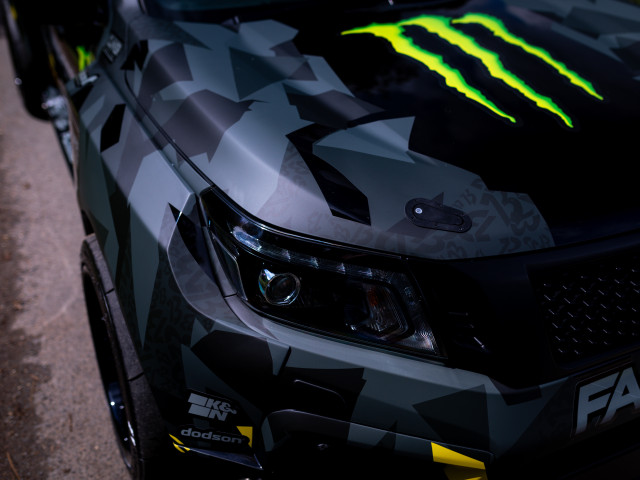 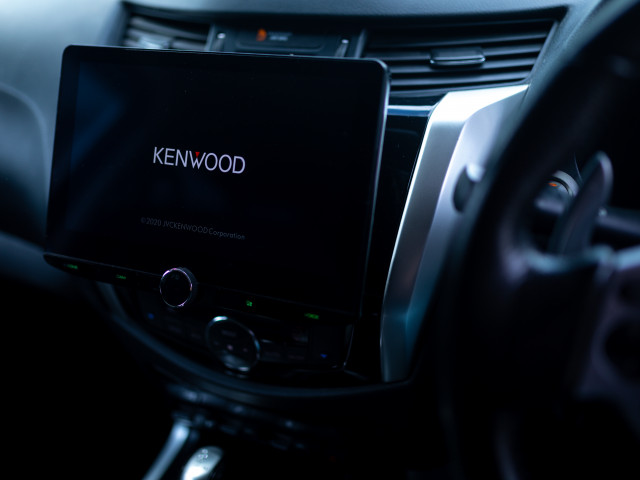 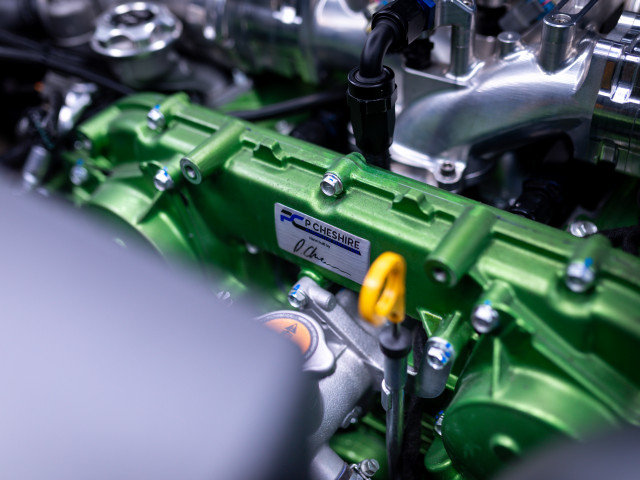 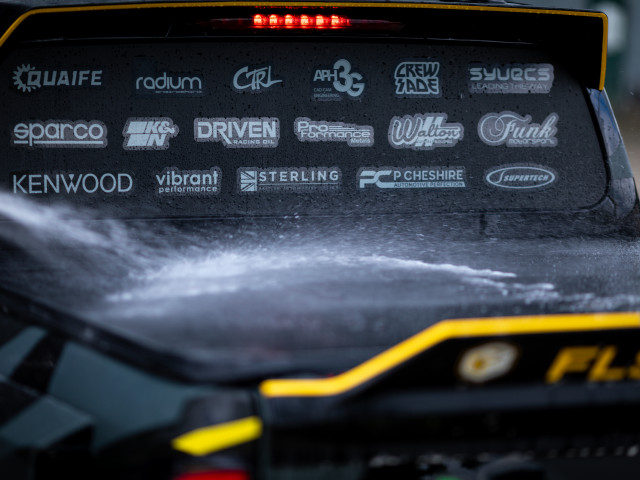 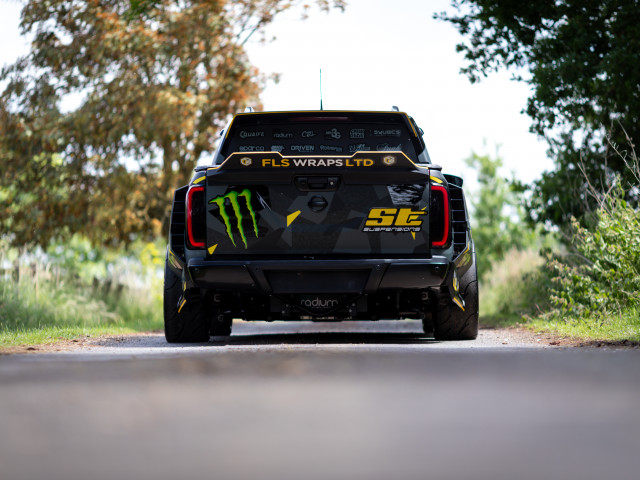 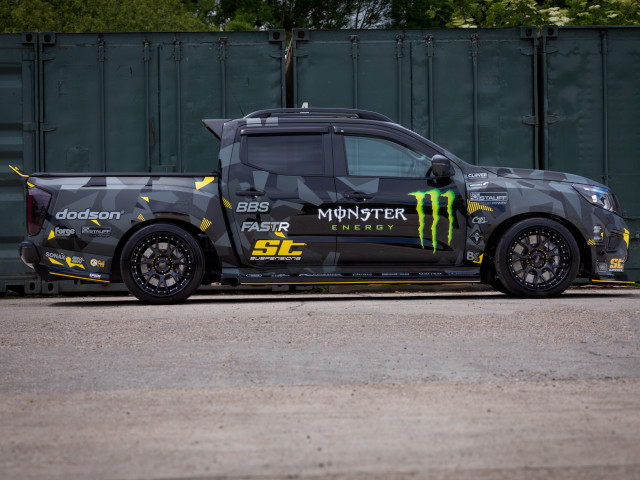 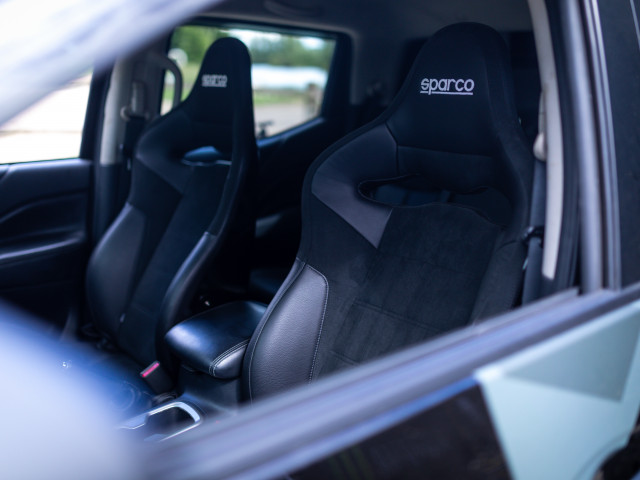 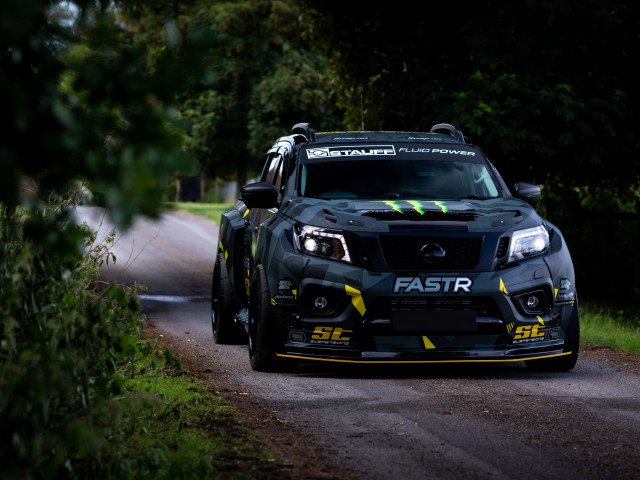 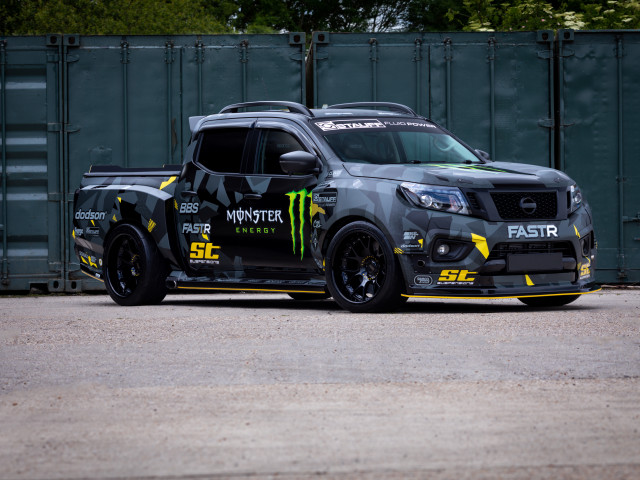