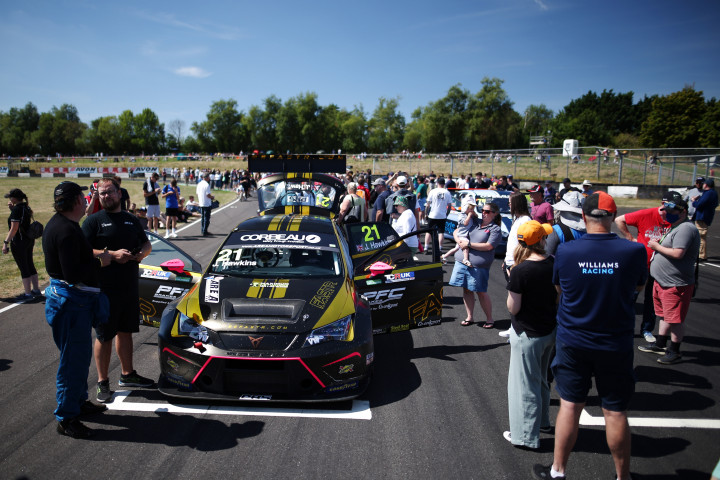 Mixed Results at Castle Combe for TCR Rounds 10 and 11

Saturday 6th August saw the 20-strong grid of TCR-UK competitors head southeast to one of the UK’s fastest and most fearsome tracks, Castle Combe. Nestled in the stunning Wiltshire countryside near Chippenham, it’s a circuit steeped in history, with all 1.8 miles of tarmac demanding respect, with the infamous Quarry Corner bringing a premature end to many drivers’ race weekends across the years.

Having spent considerable time testing at the circuit on the Thursday preceding the event, and riding high on Jamie Tonks’ win at the previous round at Oulton Park, the Area Motorsport mechanics & engineers, along with the drivers, were feeling confident about a good points haul from the double race header, especially as it was both drivers’ first visit to the circuit.

It started well, with Jamie placing the white FastR Cupra P8 during the 30-minute Qualifying session, less than 0.7 seconds off Pole, with teammate Jess Hawkins in the black sister car just 0.4 of a second off that, placing her P12.

An incredible start in Race 1 would see Jess rocket her way straight to P5, battling hard to hold that position for most of the session, before former BTCC race winner Smiley manage to get the better of her with just 2 minutes to go, ultimately seeing her cross the line P6.

Tonks wouldn’t fair quite so well, with an unfortunate move by another car forcing him to move wide at Quarry on the very first lap of the race, pushing his rear wheel onto the grass and causing a spin that would see him swiftly deposited in the barriers, cutting his race short before it had even begun. It wouldn’t be his first trip into the tyres, though.

Race 2 would start well for both, with Tonks’ white Cupra managing to remain unscathed until the very last lap, where despite starting from the very back of the grid, he found himself in the Top 10 as he headed for the chequered flag. Unfortunately, a lock up would again see him exit the track, this time in a far more dramatic fashion, when he hit the barriers on the outside of Tower head on at nearly 80mph. Luckily the Redditch-based racer was fine, his ego bruised more than himself.

Jess, however, would have a better race, initially dropping back from P5 to P10, before battling back to P8 with just 2 minutes of the session to run, eventually finishing the race where she started, in a none-too-shabby P5.

The next competitive outing for both cars will be the penultimate round of the hotly contested TCR-UK Championship, taking place just around the corner from FastR HQ at Donington Park on August Bank Holiday Monday, the 29th.
Jess Hawkins – “I’m really happy to have come away from Castle Combe with a strong haul of points from a circuit that I’ve never raced around before. I’d heard it was a fast track, which it definitely is, and I really enjoyed the challenge of being there for the first time. I’d like to say a massive thanks to FastR for all their support, and to Rob and the Area Motorsport team for putting such a fantastic car together. I can’t wait to get back to Donington again in a few weeks’ time.”
Jamie Tonks – “Motorsport can bring the highest highs imaginable, but conversely, the lowest lows when it all goes wrong. Sadly, for me, this weekend was the latter.
“We went into the weekend with high hopes, but unfortunately came away with two DNFs (Did Not Finish) and a damaged car. The upsides for me are my teammate Jess’ fantastic results, and the fact that we were fast throughout the whole event, until the crashes.
“I’d like to thank my team at FastR and Area Motorsport for all their amazing support and hard work over the weekend, and we’ll dust ourselves off to make sure we’re back amongst it at Donington Park in a few weeks’ time.”
Finishing Positions:
Jess Hawkins:
Qualifying – P12
Race 1 – P6
Race 2 – P5
Jamie Tonks:
Qualifying – P8
Race 1 – DNF
Race 2 – DNF 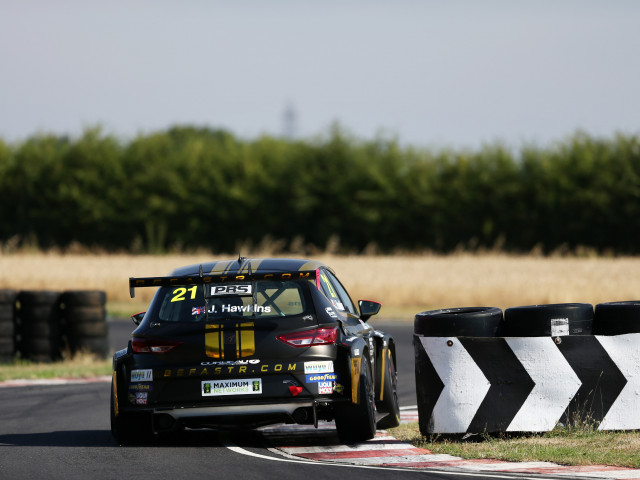 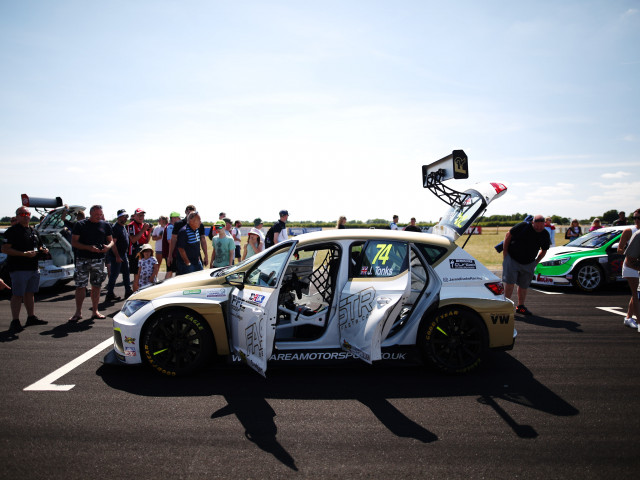 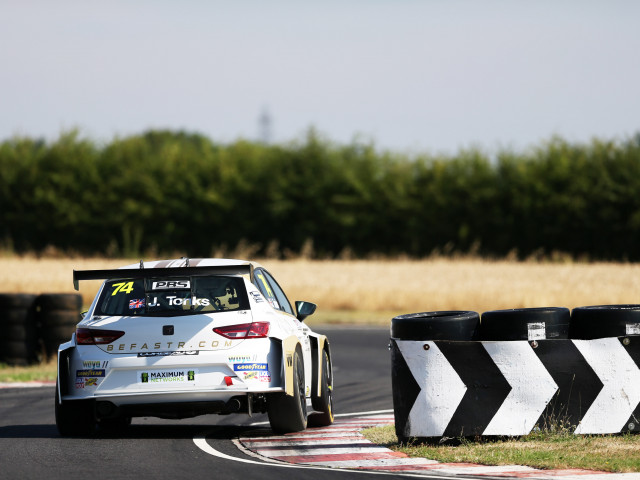 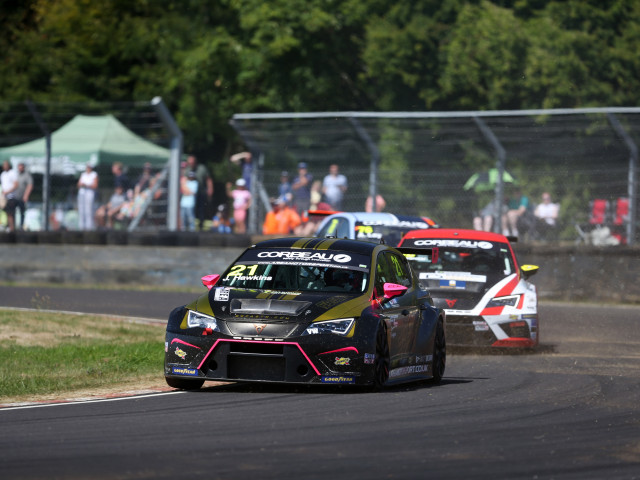 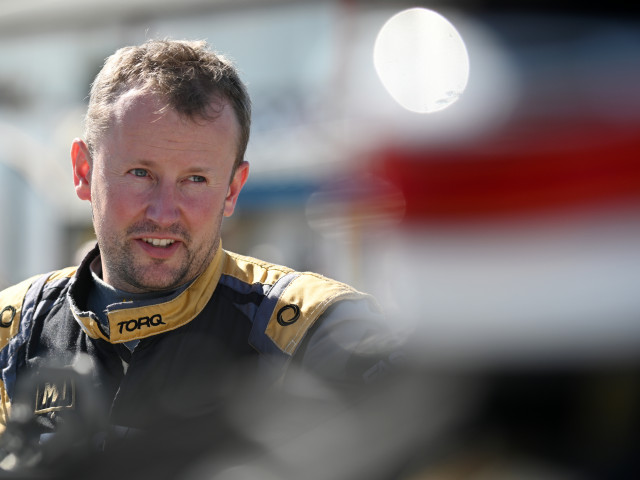 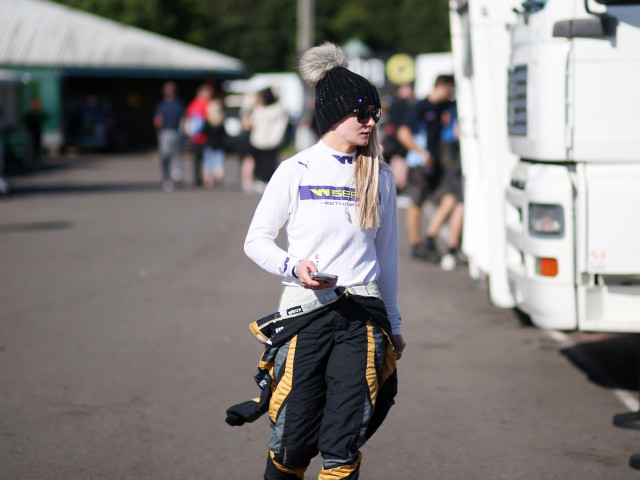