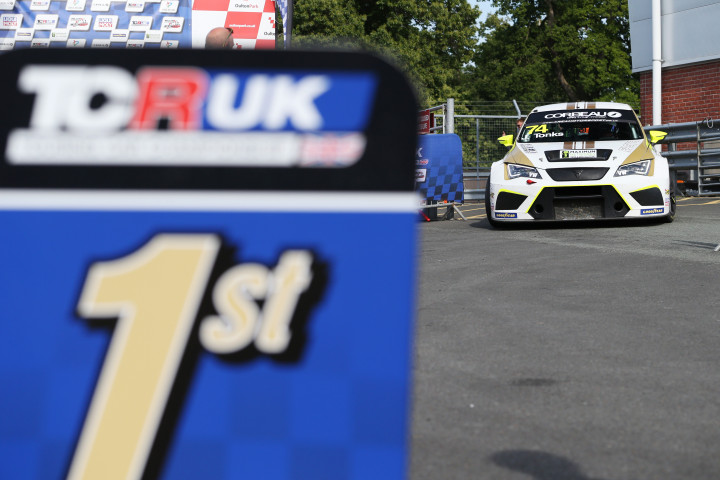 Saturday saw FastR head to the picturesque Oulton Park circuit for a one-day event, which would see both TCR cars on the same billing as the team’s freshly rebuilt BMW M3 Time Attack monster.

With temperatures already well into the twenties at the start of play, it was set to be a hot one, although this did nothing to deter the 10,000-strong crowd from lining the track to watch the action.

The day would see the TCR Cupra Leons of Jess Hawkins & Jamie Tonks out on track for a 30-minute Qualifying session, followed by two 25-minute sprint races. Qualifying would begin on time, with both drivers pushing hard to post their best time on the busy track. In the end, Jamie would begin Race 1 from P7, whilst Jess would kick off P13.

Race 1 would be a mixed bag for the team, with Jamie getting right in the mix from the get-go, having a great battle for P4 towards the closing stages with BTCC race winner Chris Smiley. The two drove cleanly and hard, but ultimately the risk of passing the Honda Civic driver was too great, and Jamie was forced to settle for P5.

Luck was not to be on Jess’ side, however, as despite a good start and some great racing, a puncture just 5 laps from the finish forced early retirement.

Race 2 saw Jamie start P6, thanks to the Reverse Grid Draw, which sees the Top 10 drivers’ order reversed for the start of the session. Jess would start in P14, again making up ground early in the session and banking some fast laps, before bad luck struck again and saw her retire due to a mechanical failure.

Luck, for this race though, was to be on Jamie’s side, and would see him rocket off the line to clinch P3 by the second corner. A fantastic battle between current Champion Lewis Kent, 2021 runner up & teammate Bruce Winfield, and Jamie would ensure, eventually seeing the Redditch local posting the fastest lap for most of the session, before a spectacular move through Druids saw him take the lead.

He would go on to lead the rest of the race, including the 1000th lap of TCR UK, eventually taking the chequered flag more than 3 seconds ahead of second place Winfield. This would be Jamie’s first win in the series and means that FastR drivers have taken victory in half of the TCR races at Oulton Park this year, thanks to Jess’ victory earlier in the year at the circuit.

Next up was the turn of the highly-modified BMW M3 that contested Time Attack last year, this time in the able hands of Ginetta GT4 Champion & Porsche Carrera Cup GB runner-up Tom Wrigley. As a BMW M-Car specialist, Tom was trusted with the full rebuild of the car to its current specification, and so was more than familiar with the rear-wheel-drive beast.

Despite the car unfortunately not running to its full potential, being down more than 200bhp on what was expected, Tom still managed to dominate every session, smashing the Club Two-Wheel-Drive Lap Record in the process. Come the close of play, an engine fire put paid to an even faster time, as the BMW’s rocker cover caught fire on his first hot lap of the session.
Jamie Tonks – “Considering I’m only in my third full season of racing, to take a win in one of the UK’s biggest championships is something I’m incredibly proud of. We know we’ve had the pace since we first turned a wheel in the sequential car, and this weekend we had the opportunity to prove it.

“I can’t thank FastR, Area Motorsport, PFC Brake, and Co-ordsport for their support and belief in me – it’s genuinely humbling. I’m even more pumped than ever for Castle Combe now!”
Jess Hawkins – “I came away really disappointed by the weekend if I’m honest. I think as a racing driver it’s hard to be anything but, after two DNFs, even though I know neither of them were mine or the team’s faults, although obviously, I’m incredibly happy for Jamie for bagging his first TCR UK win. I was feeling super confident going into the weekend following winning the last TCR race there at the second race of the season, but I guess it just wasn’t to be. It’s only 3 weeks until the next round though, so we’ll put it behind us and make sure we’re on top form as always at Castle Combe.”
Tom Wrigley – “I had an absolutely awesome weekend driving the FastR M3 for the first time this season, and we made a clean sweep in every single session, which is a great feeling. I absolutely love Oulton Park – it’s not only my home circuit, but my favourite too, and it was great to get a result for the guys and girls at FastR.

“I know how much work goes in behind the scenes and it’s been a tricky season so far from them, so I’m really happy I was able to give them some silverware. I’d like to say a massive thanks to Luke, Yam, and the team from FastR and Trackworx, and I’m really looking forward to developing the car more for the next outing!” 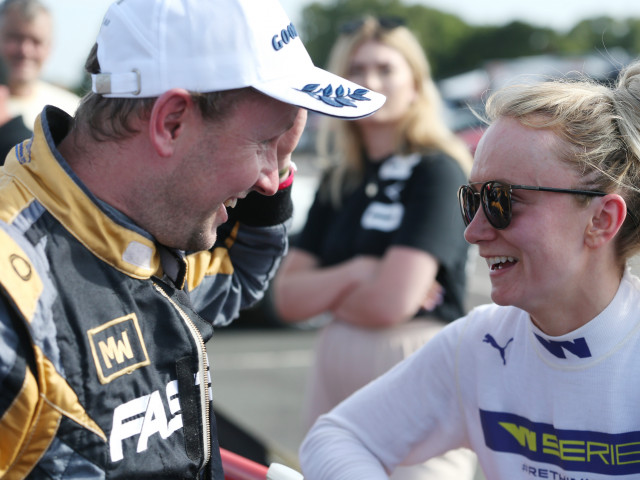 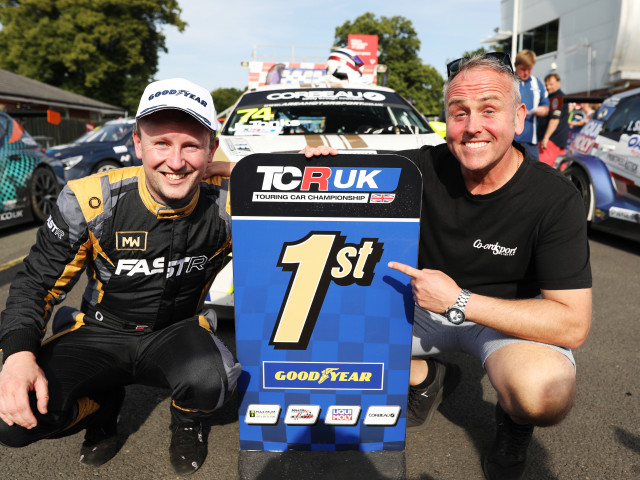 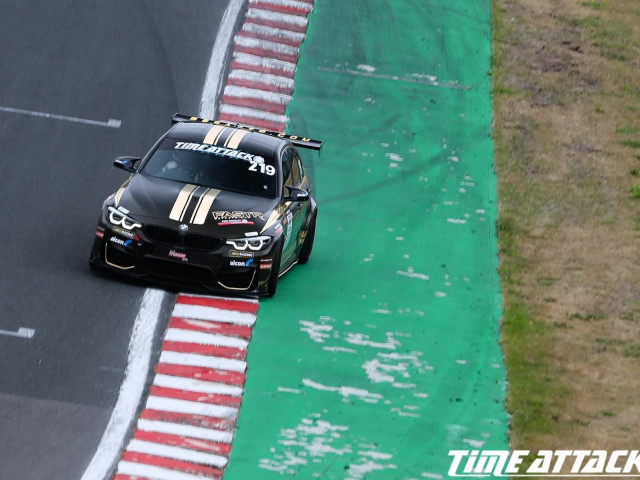 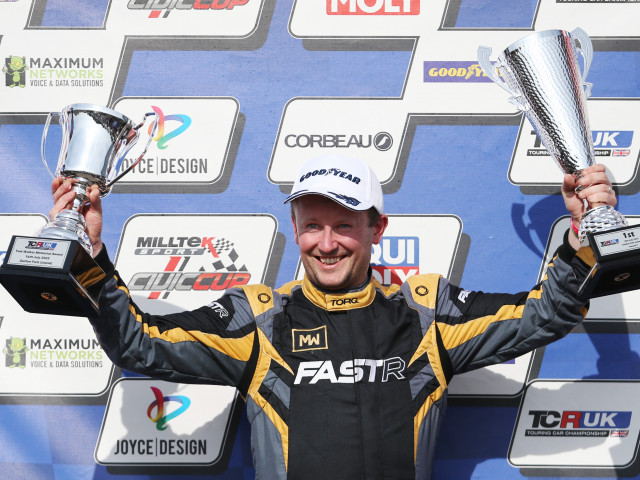 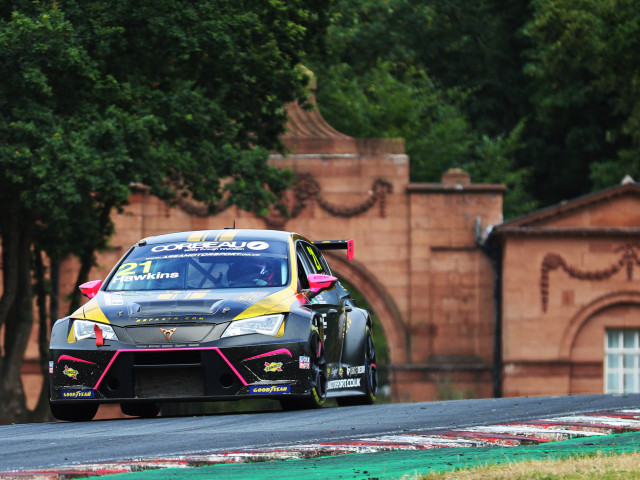 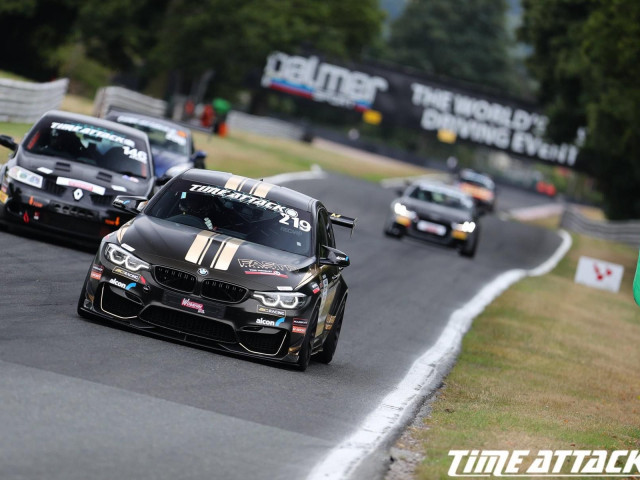 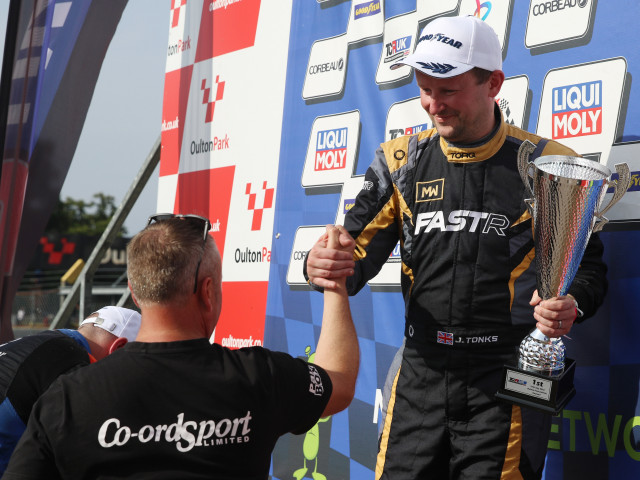 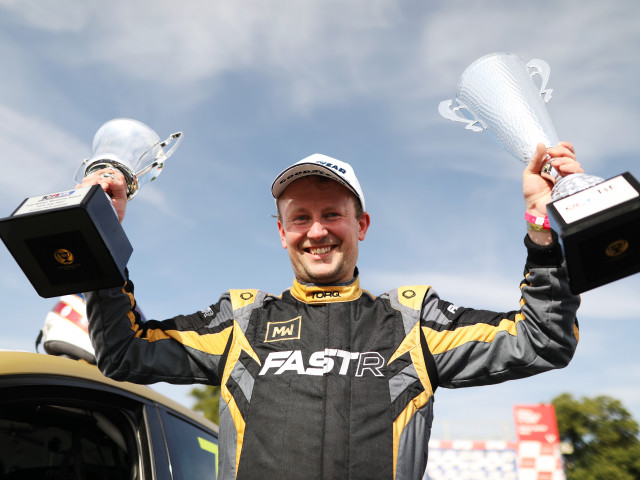 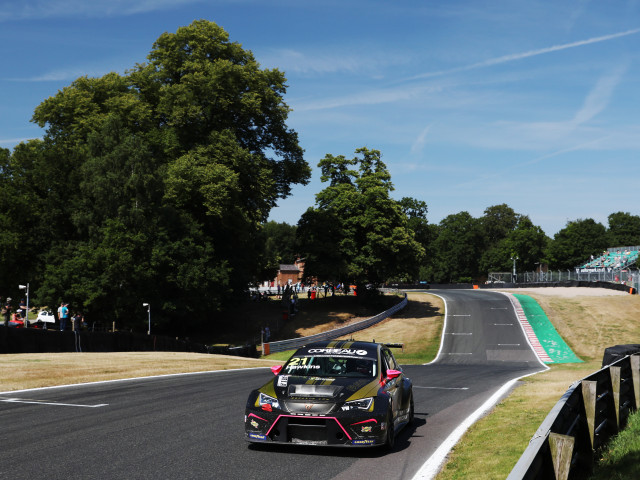 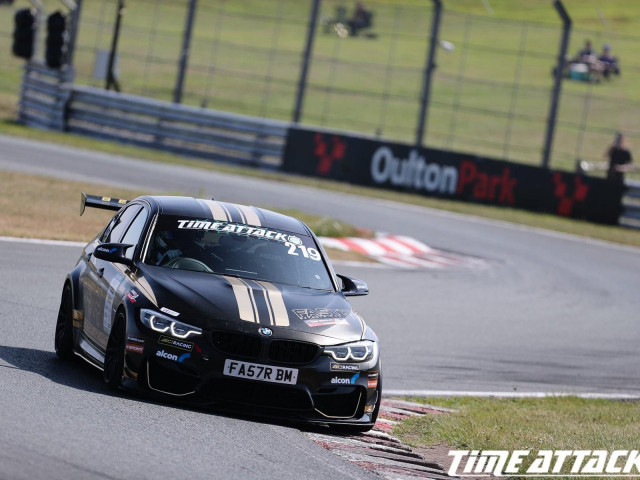 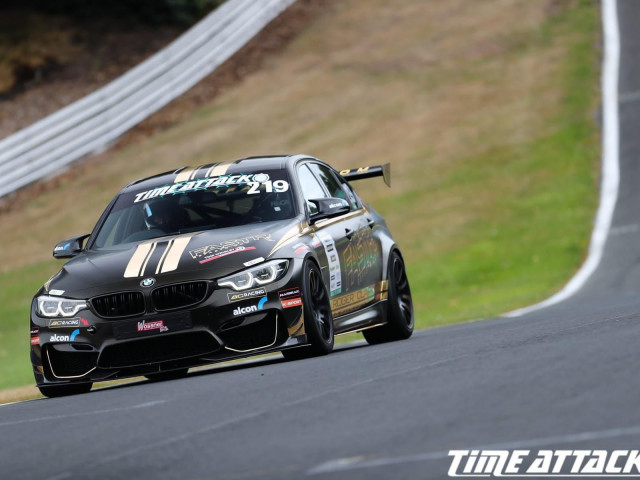 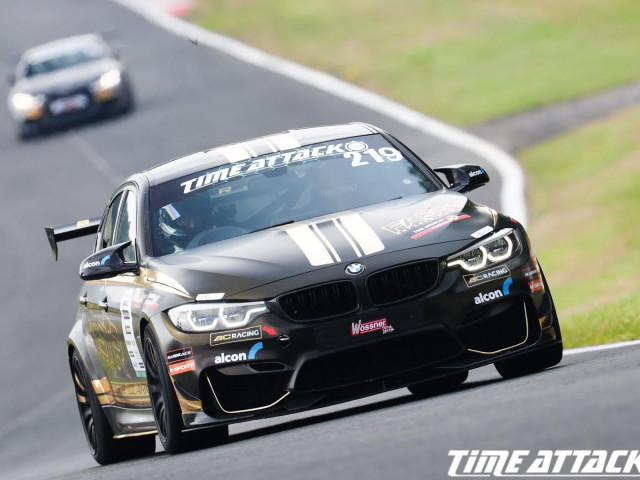